Its purpose is to promote the idea that the spiritual principles underlying the world’s religions are harmonious, and to suggest that religions play a role in unifying humanity. In April 2002, the Universal House of Justice, the international Bahá’í governing body, published a letter “To the World’s Religious Leaders”, in which it was stated that interfaith discourse, if it is to contribute meaningfully to healing the ills that afflict a desperate humanity, must now address honestly … the implications of the over-arching truth … that God is one and that, beyond all diversity of cultural expression and human interpretation, religion is likewise one.

If you’re looking for a Custom T-shirt for World Religion Day, One Hour Tees is your go to place for all your needs. We also accept tax exempt forms. 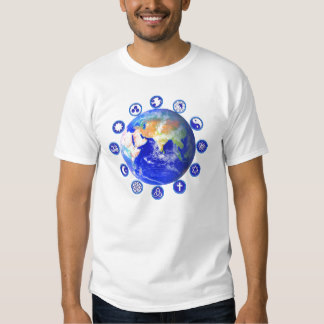